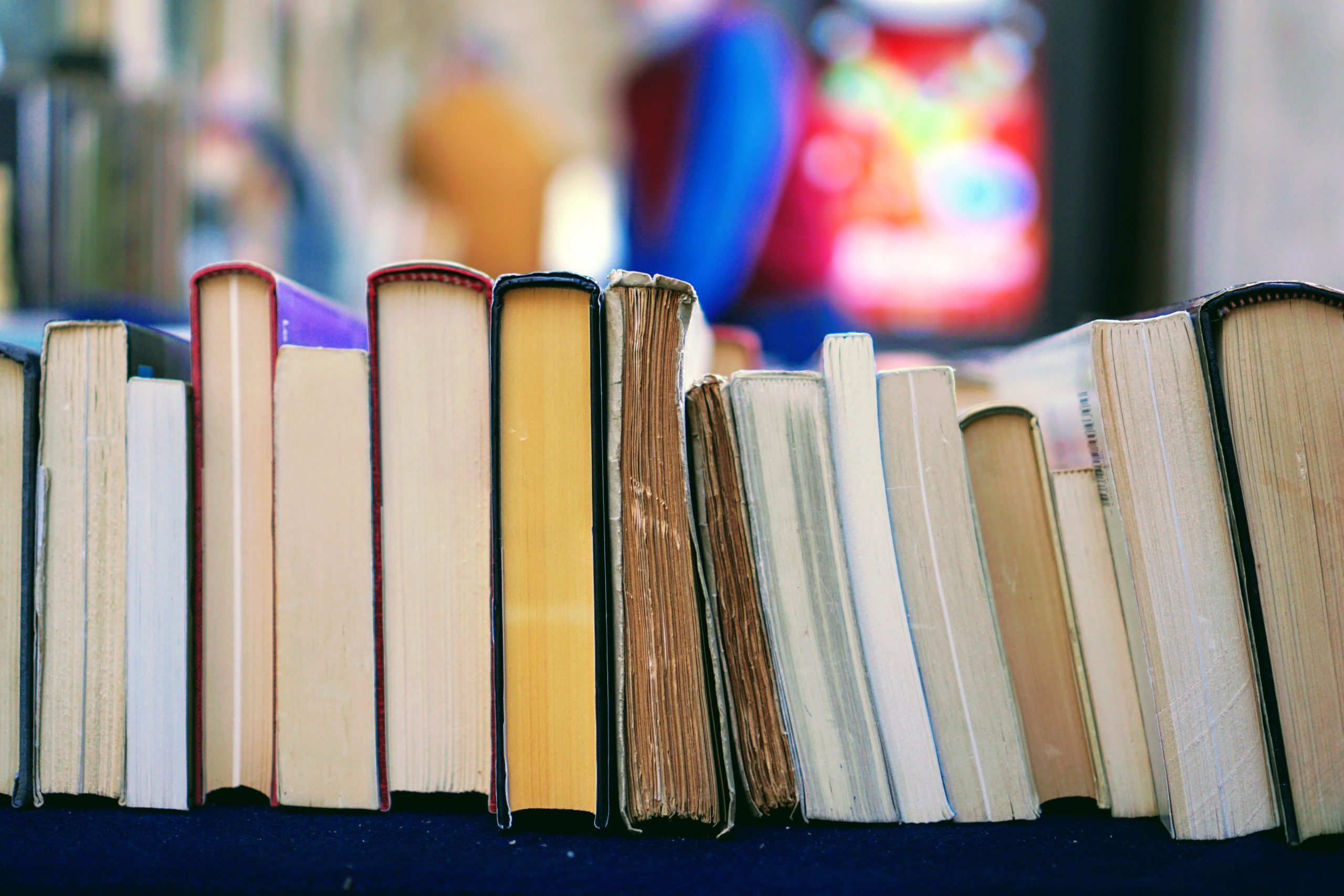 You Are What You Read

Does segmenting the market necessarily segment the gospel?

Like many Christians, I tell multiple versions of my testimony. One focuses on being brought up by evangelical Christian parents and not remembering any precise moment of conversion. That’s not to say there weren’t decisive moments of repentance and faith, but they always seemed like fresh expressions of existing commitments and sensibilities, new expressions of an old faith.

Another version focuses on moving about a dozen times before my sophomore year of high school, so despite the fact that I was always “churched,” I attended churches in multiple streams of the evangelical tradition and never attended any one church long enough for it to be a formative spiritual or theological influence. Our family’s easy embrace of ecclesial vagrancy might have been more influential than, and just as evangelical as, the ministry of any one church. In any case, neither story features the advantage of growing up in a single church tradition or a singular dramatic moment of conversion.

Regardless of the version I tell, the story often focuses on the spring of 1996. As a freshman at Wheaton College, someone had told me that I should go hear one of the speakers at the college’s annual theology conference. I don’t remember who that person was, and I never did hear them speak. I walked into the Billy Graham Center, the building where the theology conference was held, and found myself gaping at hundreds, maybe thousands, of books at tables set up by Christian publishers. Some publishers’ wares struck me as erudite—too erudite for me—and some as accessible. The longer I lingered, the more the books struck me as being part of a grand conversation with each other; some opened up new paths while others returned to old points.

The speaker concluded and the crowd let out before I finished browsing. I might even have continued long enough to miss my next class. Eventually, though it meant giving all my money to InterVarsity Press, I bought two books at steep conference discounts: The Openness of God: A Biblical Challenge to the Traditional Understanding of God, edited by Clark Pinnock and others, stood by a little sign or table tent noting some award from Christianity Today; and No Place for Sovereignty: What’s Wrong with Freewill Theism, by R.K. McGregor Wright was stacked next to it. I thought that perhaps I’d find, in the conversation between the books, the answer to dorm-floor debates about predestination; or at least if I read the books I’d sound more learned during those late-night discussions. I did read them. Pinnock and company did not win me over, and while I ended up decidedly Reformed and decidedly Presbyterian, it was not on account of Wright’s book. Indeed, I recall my eighteen-year-old self finding both books extremely tedious despite their provocative positions and strong theses. No doubt this is not a judgment on the books, but on the quality of my reading life at the time—as a high school student, I had skipped most of my assigned reading in favour of Tom Clancy. So when it came to the Christian publishers represented at the conference, I was not their target readership, because I generally didn’t read, and I was not their target market because I didn’t have any money, and that makes the allure of their book tables all the more mysterious.

It wasn’t the books that were captivating, but the book tables. I had finally stumbled into a sort of codification of the institutional and normative landscape that could tell me about who I was, what conversations should be important to me, and how I fit into the broader cultural landscape. It wasn’t about reading the books and being transformed by their arguments. It was about seeing and buying the books, using the publishers’ tables to index the questions that mattered and the authorities worth my attention. It became about looking forward to the next spring, when the book tables would come back to campus.

I’ve always found it odd that I sometimes recount this moment as a key one in my testimony. I’m even mildly embarrassed and ambivalent about it. It’s a true story, but I’ve never been sure if it’s a good one. It doesn’t sound very . . . spiritual.

I don’t think Daniel Vaca would find this story the least bit odd. It fits neatly into the thesis of his recent book, Evangelicals Incorporated: Books and the Business of Religion in America. Indeed, if we buy Vaca’s argument, while the book tables did not make me a Christian, they played a role in my evangelical religious identity formation through their practices of “commercial religion.”

Commercial religion, according to Vaca, refers to “forms of social organization commonly recognized as religion that take shape through the ideas, activities, and strategies that typify commercial capitalism.” By this, Vaca means to emphasize the ways in which religious communities are tied together not only by recognizably religious doctrine and spiritual practice but also by commerce, trade, and the buying and selling of goods. These activities don’t simply respond to an existing market already established by common religious adherence. They also shape a “public,” a group with common objects of active participation, investment, and attention. Vaca argues that evangelical publics have been shaped, and to some extent called together, by publishers. The “shared ideas, practices, and sensibilities [of evangelical Christians] continually take shape through commercial strategies, initiatives, and institutions” that are not all particularly evangelical, but are common to the publishing industry.

Vaca doesn’t mean that evangelical Christians or evangelical subcultures are merely outcomes of marketing efforts by Baker, Crossway, Eerdmans, IVP, Moody, and Thomas Nelson. Indeed, Vaca notes an entire infrastructure “through which evangelical cultures have taken shape” and affirms, citing Randall Balmer, that those cultures have characteristic “beliefs, institutions, and folkways” that make them both coherent and, to some extent, against the grain of the dominant culture. Beliefs and practices matter—there are things that, in believing or practicing them, would make you not an evangelical—but those characteristics also shift according to how publishers organize themselves, contract with authors, and market books.

What Vaca means to convey is that these corporate practices are not highly differentiatedfrom those common to the non-Christian or non-evangelical world. Regardless of any particular doctrinal bent, evangelical publishers share beliefs and engage in practices that are common and recognizable to each other, to non-evangelical publishers, and to industries beyond publishing. These common beliefs and practices, which Vaca calls “financial faith,” allow evangelical publishers to take advantage, for example, of corporate maneuvers like mergers and acquisitions, such as when Thomas Nelson joined Zondervan as part of HarperCollins, in order to expand their markets and achieve economies of scale in spite of seeming doctrinal differences.

We shouldn’t overlook the part of the book that is about the books themselves. Vaca has plenty of stories about them, and his most telling account brackets his argument. His introduction begins with the story of Rick Warren’s The Purpose Driven Life, which became the best-selling hardcover book of all time, and his epilogueincludes a story about Warren’s book being read by Christians in Mexico. (This may also serve as a teaser for some future study that tests the logic and insights of Evangelicals Incorporated against the experience of evangelical Christians in other countries. I’d buy that book.) By Vaca’s account, Warren may have been impressed with the sales of his book, but he was unwilling to accept that a savvy marketing plan had anything to do with it. Warren wrote in a public statement that it would be inaccurate to portray the commercial success of The Purpose Driven Life as an example of effective marketing techniques. “The world-wide spread of the purpose-driven message had nothing to do with marketing or merchandizing,” Warren noted, but “was the result of God’s supernatural and sovereign plan, which no one anticipated.” That the book was marketed by professionals was a true story, but Warren wasn’t sure if it was a good one. It didn’t sound very . . . spiritual.

I suppose it’s plausible that Warren stands in for some of Vaca’s readers who may themselves have trouble acknowledging the role that marketing and other aspects of the business world play in shaping evangelical Christianity. Like Warren’s reported inclination to spiritualize his book’s success, there are those evangelical Christians who are inclined to spiritualize all dimensions of evangelical life, or at least to be anxious, defensive, and embarrassed about the role that might be played by beliefs and practices that aren’t particular to evangelical Christianity. On the other hand, it isn’t only some evangelicals who are inclined to such spiritualization. Just as there are those who may think their religious identities and communities are not shaped by mainstream or dominant cultural beliefs and practices, there are those on the outside of those publics who say they should not be shaped by mainstream beliefs and practices. Some, having read the book, would quote Matthew 6:24, “No one can serve two masters, for either he will hate the one and love the other, or he will be devoted to the one and despise the other. You cannot serve God and money,” to chastise publishers and those who patronize them. For the most part, Vaca doesn’t stand with either group—the book is not a finger-wagging exposé of evangelical entanglements with commercial religion and financial faith, but a revelation of evangelical ambivalence about those entanglements. His argument is a helpful point from which to see these perspectives, which extend far beyond books and publishing.

If we squint just a bit, we can see that these two groups—those who claim that the church is pure of worldly influences and those who wag their fingers because they can see that it is not—look very similar. Each of these instincts carries with it its own deep ambivalence about the material world and shared culture, as opposed to the spiritual realm and the particular subculture. The first instinct denies that material and the shared are relevant and influential, while the second denies that influence can be good, conceding too much to the fall and the curse. When it comes down to it, both instincts pretend that we must choose between marketing practices or God’s sovereignty as an explanation for our books’ success (or failure), because to choose “both” would either be impossible or wrong. But that’s a false dichotomy. It’s like asking, Did God heal you? Or was it the doctors and medicine? or, Who made you? God or your parents? or even, Was Jesus divine or human? Indeed, squint a little harder still, and both of these paths begin to look quasi-heretical, resembling dualistic false teachings that the early Christian church rejected.

But there is a third, and better, path. We can acknowledge that what evangelical Christians share with the mainstream or dominant culture stands alongside religious belief and spiritual practice in shaping our communities. This doesn’t mean that we should get comfortable with all the ways in which religious communities are shaped by mainstream and dominant cultural beliefs and practices. Rather, we should be vigilant about those influences, affirming, channelling, and even reshaping those that might be good and worthy or neutral, while negating, rejecting, and even opposing those that are unworthy and bad. But before we can measure them against Scripture and the Christian tradition, we have to see our entanglements clearly, and Vaca’s book helps us to do that. To negate or affirm entanglements with particular aspects of commerce and finance, or the bigger picture of Christianity and capitalism, will have to wait until I review some other volume. Maybe I’ll pick up a couple well-marketed books on the topic the next time the publishers’ tables come around.