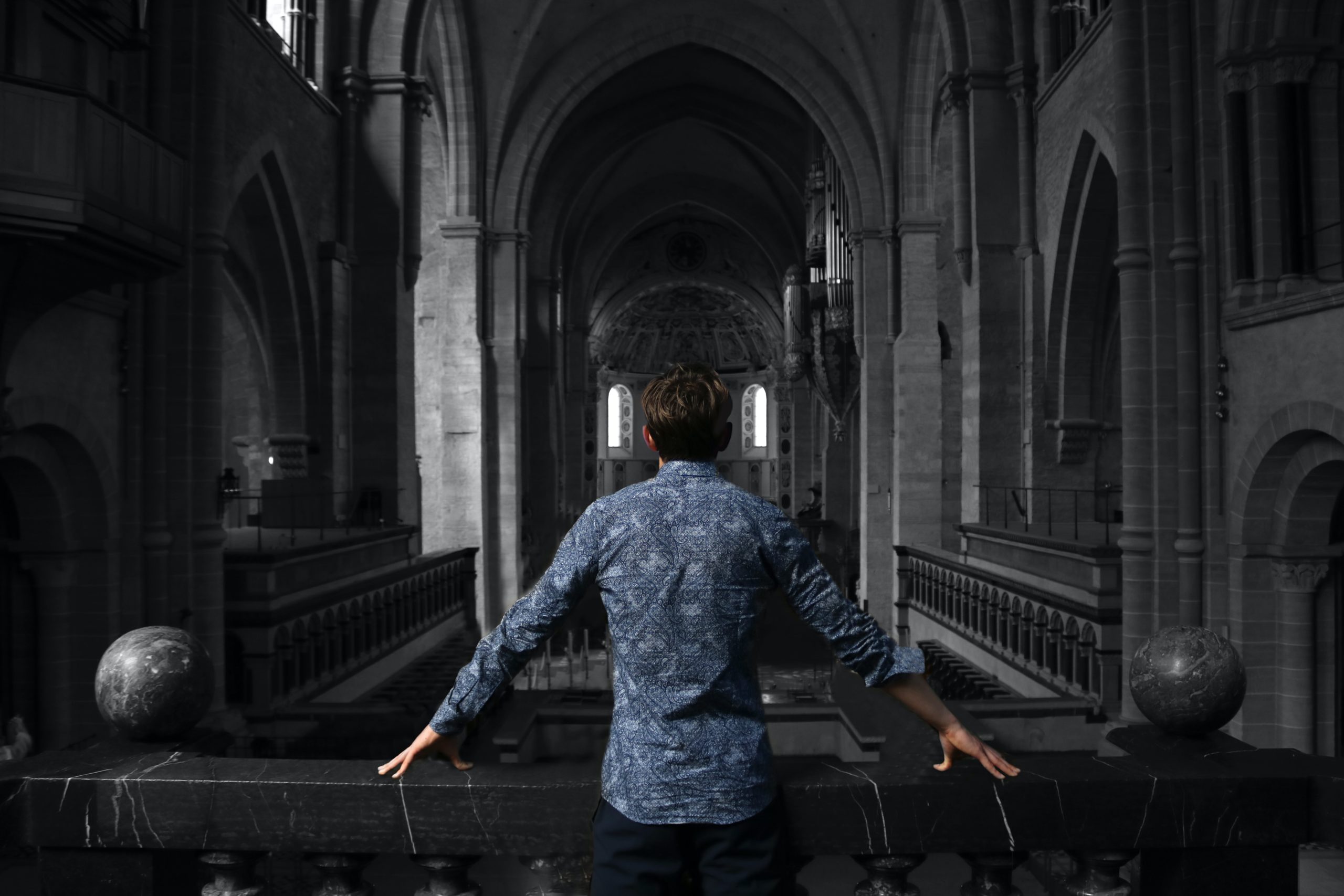 The Magic of Mayors?

When identifying potential leadership for global challenges, we often neglect history. Specifically, we tend to forget that the nation-state is a relatively new kid on the block, a political entity much younger than the city and yet one we take to be the basic unit of society. We assume that power resides in presidents and prime ministers, not mayors and municipal managers.

For a “cosmopolitan urbanist,” someone who believes that cities and their mayors are poised to provide much-needed leadership on global challenges, the relationship between the ancient city and the upstart nation-state is more fraught. From this perspective, the nation-state is like the sorcerer’s apprentice, having set into motion a number of global dynamics that it cannot control or stop. In Goethe’s masterpiece, the apprentice conjures a broom to assist with his chores, but the broom actually makes the mess worse. Unable to undo the spell, the apprentice breaks the broom instead. The broom then multiplies, which only exacerbates the problem. When the apprentice is beyond hope, the sorcerer returns, breaks the spell, and restores order. Mayors, cosmopolitan urbanists might say, are like the sorcerer himself: they have an ancient and untapped magic to address global challenges that defy the capabilities of the nation-state.

Indeed, this is the daring thesis of Benjamin Barber’s recent book, If Mayors Ruled the World: Dysfunctional Nations, Rising Cities. In his manifesto for urban leadership in an increasingly interconnected world, Barber proposes to leverage the potential of cities and urban leadership through a worldwide “Parliament of Mayors.” “Can cities save the world?” Barber asks. His answer is clear: “I believe they can . . . they should . . . and they already do.” But is this hope justified? Can cosmopolitan urbanism deliver what it promises?

As if pandemics and ecological catastrophes that defy the capabilities of the nation state are not bad enough, Barber’s greatest fear is the erosion of democratic governance.

Barber argues that nation-states, having initiated and fueled contemporary global dynamics, are now constitutionally incompetent to channel those dynamics for the common good. At stake is not only material wellbeing, but also the credibility and practice of democracy.

For Barber, the problem is rooted in the distinctive notion of sovereignty that reserves for the nation-state absolute, independent, and exclusive authority over a given territory. Since the seventeenth century, sovereign nation-states, more than other institutions, have used their authority to cultivate space for democratic practice. While democracy may have been conceived in the ancient polis, modern nation-states have been responsible for maturing democratic practice.

However, according to Barber, global challenges expose limitations and contradictions built into the strengths of the nation-state system. As he writes, “The dysfunction of nation-states as global cooperators arises at least in part out of their virtues.” Sovereignty does not preclude collaboration, but it does hinder effective governance of transnational matters. Simply put, accountability beyond the borders of the state is an affront to sovereignty. Therefore, faced with actors, issues, and contexts that are not territorially bound and may demand transnational accountability—greenhouse gases, for example, need no visas, and the atmosphere is a commons shared by everyone— the sovereignty of the nation-state betrays the common good.

As if pandemics and ecological catastrophes that defy the capabilities of the nation state are not bad enough, Barber’s greatest fear is the erosion of democratic governance. Hanging over his analysis is the specter of authoritarianism. For all his discussion of environmental and social challenges, Barber is most concerned with the ways in which those challenges indirectly threaten democracy by exposing the incompetence of the nation-state.

Barber worries that the formal, but ineffective, authority of the sovereign nation-state, to date the most fertile ground for democracy, may be superseded by the emergence of more competent, but undemocratic, forms of governance—either a global government or, more likely, multinational corporations. Like greenhouse gases, such actors span borders and thus trump sovereignty, but their empowerment also undermines meaningful democratic practice.

So it is that we stand at something of a crossroads. Climate change and other global challenges combine with the emergence of effective but undemocratic institutions simultaneously to undermine material wellbeing and threaten hard-won practices of self-governance. Barber sees the city as a way out of this mire.

The Parliament of Mayors would primarily be what Barber calls “an Audiament—a chamber of listeners” in which urban leadership from around the world would gather to be updated on the challenges faced and solutions developed by their peers.

Barber’s proposal for a worldwide Parliament of Mayors is audacious. Three times per year, the leaders of 300 cities would meet to consider challenges facing our increasingly urban world. To ensure consideration of challenges faced by megacities and modest towns alike, each meeting would include 50 cities of more than 10 million inhabitants, 125 cities with populations between 500,000 and 10 million, and another 125 with populations under 500,000. In matters requiring a vote, each city would cast one “city vote” along with one demographic vote for every 500,000 inhabitants. In any given year, each of the three meetings would include a different set of cities, with the exception perhaps of a small cadre of permanent members.

The Parliament of Mayors would primarily be what Barber calls “an Audiament—a chamber of listeners” in which urban leadership from around the world would gather to be updated on the challenges faced and solutions developed by their peers. Only occasionally would the parliament vote on a measure, the passage of which would require a majority in three consecutive parliamentary sessions.

Barber thinks that the Parliament of Mayors will work because cities share four characteristics that predispose them to both democratic governance and successful collaboration on global challenges. First, the scale of cities enables participation, opening their “civic logic” to the possibility of bottom-up governance.

Second, cities are now home to more than half of the world’s population, a percentage that demographers predict will only increase over the coming decades. So, quoting Las Vegas urban reformer Tony Hsieh, Barber concludes: “If you fix cities, you kind of fix the world.”

Third, Barber claims that cities are predisposed to cooperation because they have never been self-sufficient, but have always depended upon their hinterlands and other cities to meet their needs. Barber ignores the important fact that this dependence has not consistently resulted in cooperation. At its height, the Aztec capital of Tenochtitlan was the definition of a regional hegemon, demanding tribute from its hinterland. And our largest contemporary cities are not known for cooperation at the metropolitan level, much less at the global level. The fact that cities need resources from beyond their territorial boundaries does not mean that cities will play nice to get them.

Fourth, Barber claims that cities are inherently disposed toward pragmatism, rather than ideology, and are therefore more likely to face up to the practical challenges of globalization. There is some truth to this claim, but Barber ignores the history of entanglement between corruption and what he describes as an urban preoccupation with practical challenges. Ignoring both ideas and personalities in favor of “getting it done” has played a major role in the history of machine politics, which depends to an extent upon preserving the status quo and thus changes very little about the city, much less the world. So this cuts against the grain of Barber’s proposal more than he admits.

If there is any magic to be recovered in the polis, then citizens, and not just city managers, will have to manage and transcend their natural centrisms in favor of the common good.

The high hopes shared by Barber and other cosmopolitan urbanists are to a certain extent grounded in existing realities. Cities are already exercising leadership on global matters. Transnational municipal networks are addressing issues such as climate change, food security, and economic development. Cities in these networks are sharing best practices, diffusing policy agendas, and operationalizing norms in innovative ways. They don’t yet constitute Barber’s Parliament of Mayors, but if transnational municipal networks are the future, then the future is already here.

There is, however, the matter of inequality, not only within cities but also within the emerging global urban system. It isn’t entirely clear that the relative prosperity of New York, London, and Tokyo is unrelated to the relative vulnerability of Nairobi, Lagos, and Tacloban. These inequities are reflected in the shape of already existing networks and might be exploited if and when the Parliament of Mayors takes shape. To borrow a line from William Gibson, whose dystopian Sprawl Trilogy Barber confusingly cites as an example of the future he envisions, “The future is already here; it’s just not very evenly distributed.”

Nonetheless, Barber makes an important contribution by navigating the strait between idolatry of the city, on the one hand, and what theologian Edward Farley describes as “social Manicheanism,” on the other. Unlike purely boosterist accounts of cosmopolitan urbanism, Barber is at least aware of urban challenges. He insists that mayors must get their own houses in order even as we “rediscover the polis tucked into the core of cosmopolis.”

Indeed, cosmopolitan urbanists as a whole seem to have high expectations for what Farley describes as “theonomous sociality.” Theonomous sociality “has to do with how a society manages and transcends its . . . natural centrisms . . . not by repudiating ‘location, territory, or specific cultural content,’ but by taking up the aims and goods of particularity into agendas oriented to the well-being of broader environments.”

Unfortunately, cosmopolitan urbanists offer only very thin accounts of why cities would do this and, in particular, why they would do it better than other institutions. Barber’s particular account only goes so far in this direction. He makes a case—drawing briefly upon Edmund Burke, who Barber spins into a sort of “grounded cosmopolitan”— that urban leaders should take into account the global common good. But Barber offers no account of the motivations that might drive such a commitment on the part of cities, their urban leadership, and their citizens.

Still, whatever their motivations, these cities exist. But will they make a difference? Can mayors and other urban leaders save us from social and ecological catastrophe and keep democratic governance viable? One thing’s for sure: mayors won’t be able to go it alone as global leaders. If cities are to experiment not only with social and ecological innovations but with new governance models that can couple effectiveness with self-rule in service to the global common good, then we will all have to reconsider the ways in which we inhabit our communities. If there is any magic to be recovered in the polis, then citizens, and not just city managers, will have to manage and transcend their natural centrisms in favor of the common good.