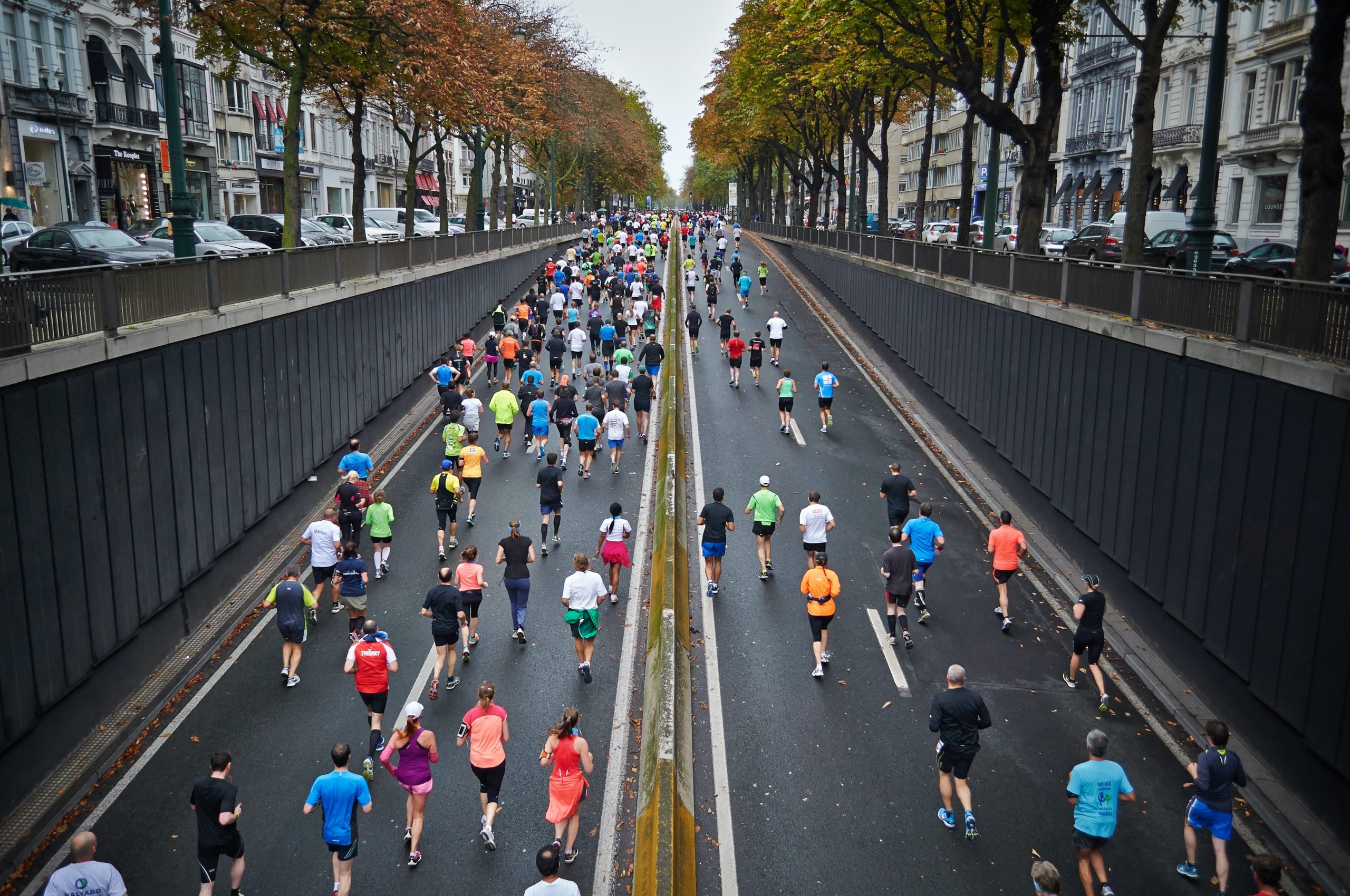 About 12 years ago, I finished the coursework and exams required for my Ph.D. program. In the weeks and months afterward, basking in congratulations and curious inquiries from family, friends, and colleagues, I took to saying things like, “Thanks! Yep, now all I have to do is write the dissertation.”

I really said that—”all I have to do” —as if I’d quickly sprint through to the doctoral finish line. I had visions of dedicating a short burst of time and energy to the task and then hitting the job market, degree in hand, just a year or two later.

It didn’t take long for that delusion to disappear. Getting my Ph.D. was going to be a hard slog—joyful at times, worth it in the end, but difficult and long. As a friend of mine put it, “A dissertation is a marathon. You don’t say, ‘I only have to run this marathon.’”

Anyone who has been in academe for any length of time has heard that metaphor before: “The dissertation is a marathon.” Likewise, “finding a tenure-track job is a marathon.” “The tenure process is a marathon.” In essence, we mean that none of those things can be done in a short burst of time and energy, like a sprint. Rather, each of them requires patience, a lot of energy expended in measured amounts over a long period, and a commitment to pushing through extended stretches of difficult work. The marathon metaphor helps us make sense of a career in which there are few short projects and still fewer short-term rewards.

At least that’s been true in my case. Not only did the dissertation take me much longer than I had expected, but I also applied for 46 faculty positions before landing a full-time, non-tenure-track teaching job. Then it took me five years to have that position converted to the tenure track. And I know I’m among the lucky ones.

Last year I chaired a search committee that received dozens of applications in a matter of weeks. More than a few applicants had several extremely competitive one-year appointments under their belts and were still looking for their first tenure-track jobs. In many cases, those folks, assuming they even land a tenure-track job, might spend 12 years between receiving the Ph.D. and securing promotion and tenure. That’s a long, hard run.

In a typical marathon, one might aim to finish the course. One might aim for a personal best or to place among the first finishers or even to win. Finishing the race requires serious training, strong will, no small measure of good fortune (like not falling ill or suffering an injury during the race), and support, both moral and material. Spectators stand along the course to cheer on the runners and to provide energy drinks and water. Some racers finish. Many don’t—which sounds a lot like the odds of finding a tenure-track job these days.

Likewise with writing a dissertation and earning tenure: There are no guarantees, but with training, will, good fortune, and support, one is well positioned to run the race.

The marathon metaphor endures in academe because it rings true. But it is not precisely true. It could stand to be refined.

When it comes to a marathon, there may be no shame in not finishing the 26.2-mile course (anyone who knows me would guess I’m in no shape to do it myself). But the runners who don’t finish can fault only their training, their stamina, or their luck. No one is trying to stop the marathoner from finishing.

For many academics, the faculty career trek calls to mind different analogies. Those who have been on the job market for years may feel like they are running a race in which someone keeps moving the finish line. Others may see the academic career as more akin to a game of basketball or water polo, with opponents who try to block your shots or steal the ball. Worse yet, it sometimes feels like a contact sport, like football, hockey, or rugby, where opponents try to tackle you or hit you with sticks to prevent your success.

Dissertators with antagonistic committee members or sociopaths for chairs need better metaphors for the resistance, hostility, and active struggle they encounter. Job hunters occasionally face subterfuge and unethical interview practices. And who hasn’t heard bone-chilling stories about rogue promotion-and-tenure committees, or about conniving administrators and senior professors who despise a particular subfield or method?

Yet no one compares the dissertation, job-search, tenure, and promotion processes to running the football against bruising opponents bent upon your failure—not because it doesn’t ring true, but because a football game is too short and the conflict too straightforward.

What we need is a more fitting metaphor, something that mixes endurance with the active and sometimes capricious opposition that can mar the course of an academic career. What we need is the zombie marathon.

Zombie runs have taken off as a race genre in the past few years, largely because of the popularity of the television show The Walking Dead. Zombie 5K’s and even zombie half-marathons now take place all over the country, with race names like “Run From the Infected,” “Run for Your Lives,” and, yes, “The Running Dead.”

In zombie races from California to the Carolinas, runners can add the undead to their usual jog. Along with their racing bibs and other swag, runners pick up standard flag-football equipment: belts with five flags. During the race, runners face the usual challenges to finishing, while at the same time packs of zombies, sometimes hiding along the course, try to steal the flags. Racers who lose all their flags are ineligible for race prizes and become zombies themselves.

For those who want to add zombies to their training runs, there’s even an app. Zombies, Run! immerses joggers in an “epic adventure” and “gripping story” in which runners must keep up the pace to avoid being eaten by zombies, whose grunts, groans, moans, and other guttural sounds can be heard through the runner’s headphones.

Here we find a suitable revisionto our marathon metaphor in academe. Graduate students, new Ph.D.’s, and tenure-track faculty members face a long, hard road, and the undead may be just around the corner. The worst part is that if you’re not careful, you may just become a zombie yourself.

So the zombie marathon is a more appropriate metaphor, but how is it a more helpful one?

Well, for one thing, it keeps us from being surprised. You may think you’re running a normal, if difficult, race when all of a sudden—bam!—the undead catch the scent of life and start nipping at your heels. Ph.D. students and faculty members who think they “only have to write the dissertation” or “just have to get that first full-time job” will find that “just” and “only” are hardly appropriate in the event of an ambush on the way to the finish line.

In fact, knowing that we’re running a zombie marathon can assist us in our career preparations. Some of the things that appear to be helpful in a zombie apocalypse may also be helpful to Ph.D. students and faculty members.

With 26.2 miles to go and the undead horde waiting behind every obstacle, you may need more than training, determination, and good fortune to finish. But if you can stay human, you may win the prize and live to tell about it. Gripping stories of survival make some of the most epic adventure tales told among academics.