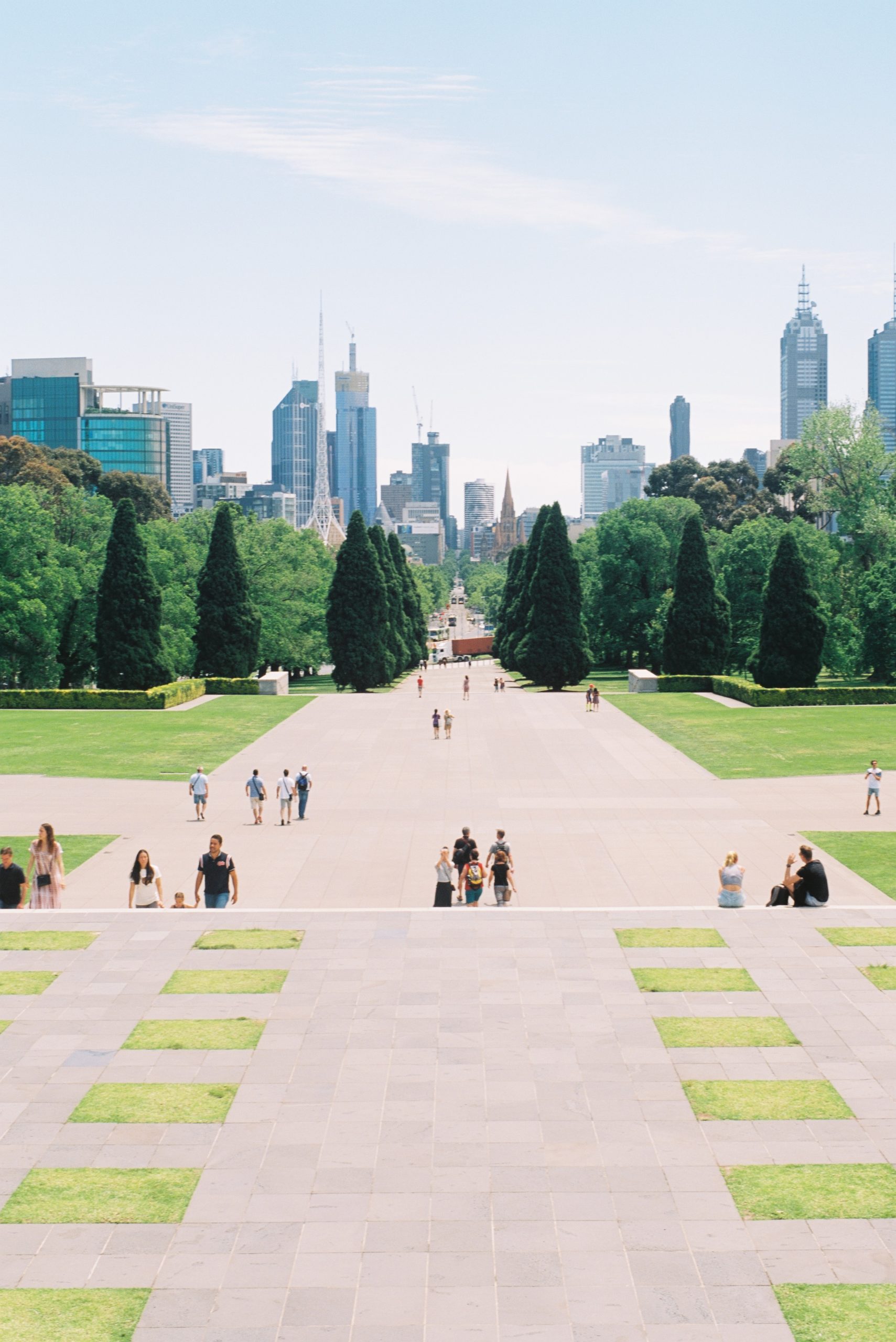 In the City we Trust

Some have called the 21st century “the Century of the City.” Clearly, this has not been lost on publishers. Since the early 2000s, in anticipation of the most significant demographic shift of the past two thousand years, authors have been churning out books on the importance of the city. Now that the majority of the world’s population lives in urban areas—and given the increasing prominence of those regions in global affairs—it seems that every day I receive notice of a new book on the significance of the city. For someone who is writing about the city, this is not as encouraging as some might assume. I suppose it is only a matter of time before someone publishes another version of the book I am currently working on. Worse yet, this run may come to an end.

On the other hand, there may be some hope in the fact that the latest crop of books seems to focus on the dynamism of cities. Apparently, “Nothing ever stays the same in cities”—so say Stephen T. Um and Justin Buzzard in their introduction to Why Cities Matter to God, the Culture, and the Church, which follows the trend of cataloguing every seemingly important function of urban areas. Indeed, it sometimes seems that if everything that cities are or do were written down, the whole world might not be able to contain all the books. So the dynamism of the city may be my great hope for a continued scholarly career.

And if some recent books are to be believed, cities, by sheer force of their own mutability, may actually save more than my career—urban dynamism may be the good news of deliverance from both social oppression and idolatry. Daniel Brook’s A History of Future Cities focuses our attention squarely on the former. Brook traces the development of three cities that were at one point planned by élites with the intention of accumulating greater wealth and power. St. Petersburg, Shanghai, and Mumbai—three of the East’s greatest cities—were founded in order to achieve the wealth and splendor of modern Western cities without the egalitarian impulses and other social trappings of the West. Peter the Great founded St. Petersburg to achieve the wealth of Amsterdam without the rule of law or the republican traditions of the Dutch. Foreign traders built Shanghai, one of the world’s most libertarian communities, around a Chinese ghetto and with no regard for the welfare of its original residents. Sir Bartle Frere founded some of Mumbai’s greatest institutions with the intention of simultaneously Anglicizing the Indian population and avoiding Indian home-rule.

In each of these cases, Brook suggests, the city proved to be inherently dynamic and socially unstable. Though each was established in order to reinforce the status quo distribution of power and wealth, all three proved too unruly and dynamic for the élites that planned them. The czars, the foreign traders of Shanghai, and the English colonizers were naïve to think that they could use the city to produce the wealth of the West without producing democratic expectations, social instability, and revolutionary sentiments. Indeed, each city’s history became a record of the struggle for self-rule and democracy in the face of various authoritarianisms. Mumbai became the center of the Indian home-rule movement and Shanghai the symbol China’s ascendance to leadership in global trade. In St. Petersburg, czars and Bolsheviks alike found themselves unable to contain the aspirations of the urban masses despite their most brutal efforts. As Brook writes, “St. Petersburg had been intended as a city of controlled modernization, but the modern people the city made—literate, worldly Russians—could not be controlled.”

In his final case study, Brook points us to Dubai. Some see Dubai as a paradise of sheer possibility—the first fruits of a global future of cosmopolitan splendor. Others see it as an “evil paradise” where the logic of the market and the power of capital dominate a population of foreign-born workers who raise cities from whole cloth on behalf of a wealthy few. Brook has some sympathy with the more pessimistic assessments, acknowledging that present-day Dubai does not live up to egalitarian ideals. Still, Dubai, for Brook, is a microcosm of the world and the center of its hopes:

Brook is ambiguous about whether such a democratic future is assured. He sometimes suggests that the outcome is an open question to be answered in and by our cities. At other points, he sounds downright utopian: urban dynamism ensures that patient hopefulness will be rewarded with self-rule and greater equity in a future world “piloted by the diverse, worldly, intelligent people assembled and forged by the city.” Despite his equivocation on this point, Brook emphasizes that “the stakes could not be higher.” “The fate of the world,” he says, “will be decided in the rising metropolitan hubs of the developing world, in places like Mumbai, Lagos, and Dhaka.” For Brook, even those cities marked by the most extreme inequity are the great hope for an egalitarian future: “Even the most autocratic modern global cities offer democratic vistas despite the assiduous efforts of their autocrats to block them from view.”

At his best moments, Brook channels two of the greatest urbanists of the 20th century: Jane Jacobs and Lewis Mumford both emphasized the diversity and dynamism of the city as a key to human flourishing. But Mumford is Brook’s real muse. In his magisterial book The City in History, Mumford writes that the city, which owes its existence to “concentrated attempts at mastering other men,” finally justifies itself by bringing “all the tribes and nations of mankind into a common sphere of co-operation and interplay.” While the city has a totalitarian bent that threatens the annihilation of humanity, its concentration of diverse peoples is our hope for an egalitarian future. Together, through “an intensification of collective self-knowledge,” people can make the most of “deeper historic sources and ever widening contacts” that mark our modern world and its largest cities.

A key difference between Brook and Mumford is in their methodology. Mumford, whose works were often marked by frustratingly unrealistic prognostication, arrived at his conclusions dialectically, following a bleak history with a bright future. Brook, on the other hand, looks to the past to ground his hope in future cities and therefore must bear the full burden of counterevidence. For example, Janet Abu-Lughod’s history of Chicago reveals a dynamic city that nevertheless suffers from persistent and seemingly intractable inequity. Chicago has a reputation for serial reinvention. Notwithstanding this dynamism, the city has been characterized from the beginning by what Abu-Lughod describes as “an elegant façade and a deeply shadowed backstage.” Except for the occasional relocation of the poor, Chicago’s dynamism seems to have changed little for the city’s most disenfranchised. Indeed, the more things have changed, the more they have stayed the same. Brook seems to ignore many such examples of persistent and more or less stable inequities, standing firm in his expectation that the diversity and dynamism of the city will deliver us from oppression.

Brook is not alone in his high expectations of urban diversity and dynamism. In Why Cities Matter, Um and Buzzard write that the “rich, diverse DNA of the city creates an environment where tremendous culture making can take place.” For Um and Buzzard, diversity and dynamism may be turned to idolatrous ends. Alternatively, they may be a “great hope for renewing our broken world.” In emphasizing idolatry in the city, Um and Buzzard, like Brook, also channel Mumford, who noted, “The city first took form as the home of a god: a place where eternal values were represented and divine possibilities revealed.” “When cities were first founded,” Mumford wrote, “the mission of the founder was to ‘put the gods in their shrines.’ ” Unlike Mumford, who argues that we should replace our worship of the machine with our worship of humankind, Um and Buzzard suggest that each city’s idol should be replaced with the worship of the one true God.

Um and Buzzard write with two purposes. First, they aim to correct what they see as a typical evangelical focus on ministries addressing “inner city problems” such as crime and homelessness. Second, they intend to disabuse their readers of the assumption that cities are simply places of brokenness. They deliver on the first promise—making the case that cities are more than “inner city problems”—though it isn’t clear that such a negative perception is currently widespread among the evangelicals that likely make up most of their readership. They fail, however, on the second objective. In fact, they may be caught in a performative contradiction, undermining themselves by saying that cities are not all about brokenness and yet organizing the book around discovering and rooting out idolatry, a basic form of brokenness.

Furthermore, Um and Buzzard do not do justice to the idolatries of the city. In any given city, there are many different idolatries at work. Um and Buzzard give the slightest of nods in this direction, acknowledging that “in every city there are countless subcultures that cling to diverse narratives to make sense and meaning out of life.” Nevertheless, they believe “it is both true and helpful to see that one overarching big story line tends to drive and define the life of our cities.” This is neither true nor helpful and may actually reveal yet another contradiction: For a book that touts the “rich, diverse DNA of the city,” the notion that a single overarching narrative drives and defines every city, revealing its idols, simply does not take the diversity of the city seriously enough.

Oddly, Um and Buzzard overlook a very important idol—one of the most seductive false gods. While they give us a list of cities each matched with a single idol—”Boston: Knowledge,” “Seoul: Competition,” “Manila: Opportunity,” “Geneva: Peace,” “Tehran: Power,” etc.—they never point out that we can idolize the city itself.

If the flood of books about the city tells us anything, it is that cities don’t just have stories that draw us into idolatry, but are becoming the story that draws us into idolatry. Cities themselves are becoming the things in which we trust for deliverance. Brook falls into this trap, making the dynamism and diversity of the city our great hope for deliverance from oppression. By not identifying the city as a potential idol, Um and Buzzard stumble into the same mistake, at points seeming to trust our idols to deliver us from our idolatry.

Ironically, this idolatry will take any true dynamism right out of our urbanism. When we idolize something, we don’t try to change it. Instead, we absolutize it. We don’t critique our idols.

We may hope that the diversity and dynamism of the city will deliver us from oppression, but placing our hope for the city in the city is likely to result in the perpetuation and sedimentation of social ills. People will suffer as we give up our ability to critique the city. As Jacques Ellul wrote, once we have made something into an idol, “then we are ready to sacrifice persons to it.” Indeed, when Peter the Great’s son Alexis saw that his father’s vision for St. Petersburg would undermine the social order of Russia, he tried to stage a coup during his father’s travels. Peter sentenced Alexis to death. As Brook notes, Alexis “died of torture even before his execution could be carried out. Peter had chosen to sacrifice his son to save his city.” But this should not be surprising—as Ellul noted, “All the gods … have demanded human sacrifice.”

While there is indeed more to the city than brokenness, idolizing urban dynamism will only blind us to the oppression and subjugation that persist within our urban communities and rob us of possibilities for transformation, however incomplete and fragile it may be. None of the recent books on urban dynamism make this point. Maybe there’s something left to be written after all.