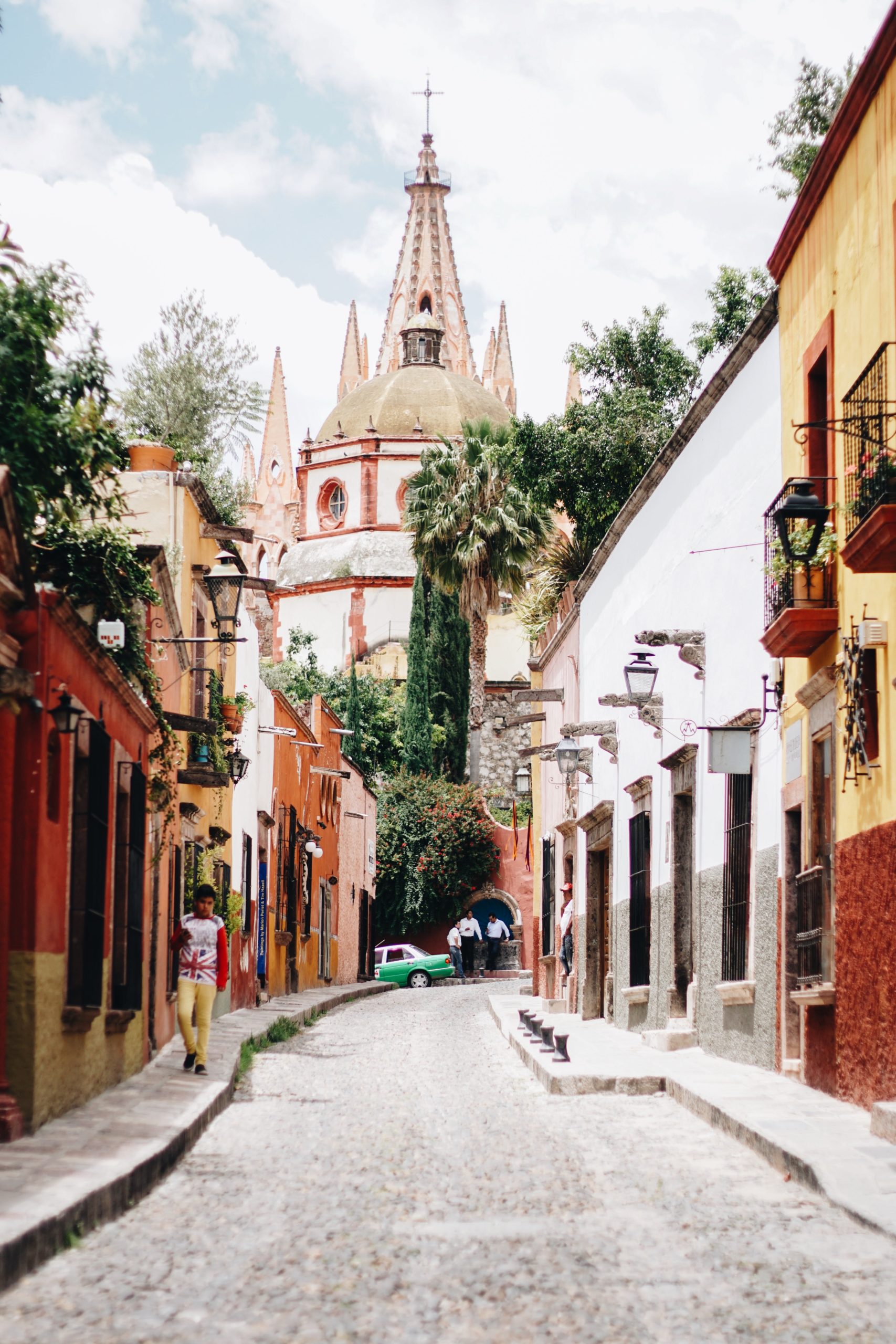 Faith on the Avenue: Religion on a City Street

Place matters to the practice of faith in urban congregations; congregations’ practices of faith matter to the dynamics of urban neighborhoods. So goes the two-pronged central argument of Katie Day’s book, Faith on the Avenue: Religion on a City Street, a careful, mixed-method study of the relationship between religious diversity and urban dynamism along Philadelphia’s Germantown Avenue. Faith on the Avenue is an important contribution to our understanding of the ways in which religious institutions – specifically churches, mosques, and other places of worship – participate in processes of change at the neighborhood level.

Germantown Avenue, as Day points out, “is older than [Philadelphia] itself, layered upon an ancient trail created by the Lenni Lenape tribes” (1). The path predates William Penn’s “Holy Experiment,” which emphasized, among other things, religious toleration and pluralism, and the avenue has long been a home to a diversity of religious institutions. The corridor, which now stretches from Philadelphia’s wealthiest neighborhood to one of the city’s most vulnerable communities, has undergone numerous transformations over the past half-millennium.

The avenue is not only well worn, but has also been well studied. Indeed, Elijah Anderson’s influential book, Code of the Street: Decency, Violence, and the Moral Life of the Inner City, documented unwritten, but powerful rules of engagement – a complex system of street etiquette and meaning-making – that govern life in the most distressed communities along Germantown Avenue.1 According to Day, a lacuna in Anderson’s otherwise incisive work was in some ways the inspiration for her own study. Anderson makes little reference to the roles played by the diverse array of religious congregations that line Germantown Avenue. Day’s book sets out to fill this gap by studying the role of churches, mosques, and other places of worship in neighborhood life.

Day’s framework for understanding the relationship between congregations and urban life is shaped by the “ecological school” of urban studies. Sometimes known as the “Chicago school,” because of its roots in the University of Chicago’s sociology department in the mid-twentieth century, the ecological approach emphasizes the role of social structures and the physical environment – both built and natural – in shaping individual behaviors and outcomes. Day argues that, like those individual behaviors and outcomes, the religious practices of congregations are also shaped by social structures and the physical environment at the neighborhood level. “It matters,” Day writes, “whether there is a Starbucks or a ‘drug corner’ outside the church doors. It matters if businesses are closing or new apartments are being built nearby. The prayers, sermons, programs, and worldviews of congregations are not immune to their physical contexts” (8). For example, storefront churches in close proximity to Latino immigrant populations express their faith in part by addressing material and ontological insecurities2 experienced by those populations (133-158). Even when two congregations participate in the same social movement organization, their social context influences their very different levels and types of investment. Congregations in wealthy neighborhoods with lower rates of violent crime participate in anti-gun violence coalitions differently from congregations in more distressed neighborhoods with higher rates of violent crime (214-218). This is the first prong of Day’s argument: “place matters.”

The second prong, “faith matters,” reverses the polarity of the relationship between congregations and the urban environment. While the first part of her argument emphasizes that social structures and the physical environment affect the religious practices of congregations, the second part of her argument emphasizes that congregations are an integral part of the fabric of social structures in the neighborhood. As such, congregations shape their context. Congregations wield considerable influence over the fortunes of their neighbors—not just the people inside of the congregations, but those outside of them, as well. They do this more or less consciously, more or less purposefully. Day highlights Heeding God’s Call, an organization founded out of interdenominational partnerships to address the scourge of gun violence across the city. Among its other practices, the organization attempts to hold political officials accountable to tackle the problem of violent crime. In this way, Germantown Avenue congregations are establishing new institutions to leverage the influence of social structures to reshape their context and “seek the welfare of the city.” This is Day’s second point of emphasis: “the agency these congregations have in their relationship to the street” (8).

It is crucial to identify correctly the key contribution of Faith on the Avenue. The argument for a mutually constitutive relationship between congregations and their environments may seem at first to be banal. However, it amounts to a rejection of naïve or oversimplifying views of this relationship that would ignore the influence of one pole or the other. Day and others who situate their work within the “ecological” tradition have little patience for the idea that our communities, neighborhoods, and cities are simply an agglomeration of individuals and no more than the sum of those parts. They will not countenance the idea that social structures and the physical environment are insignificant to individual behaviors and outcomes. This is no straw man. Several contributions to urban studies seem to take such a position and an assumption of the primacy of the individual is not absent from popular discourse. Day’s key contribution is her “thick description,” drawing upon survey analysis, participant observation, and other methods, of the relationship between religious practice and urban dynamism, which provides evidence against such accounts.

Unfortunately, at points it appears that Day does indeed create a straw man of another sort when she emphasizes that

when applied to the study of religion, this contemporary version of the ecological approach goes against the grain of thinking both inside and outside religion itself. Denominations and traditions have largely considered worshipping congregations to be immune to context, assuming that religious beliefs and practices are universal, are transferable, and should be immune to the “corrupting” effects of any environment.

Put simply, Day overstates religious communities’ presumption of what she calls universality and transferability. Or, perhaps more to the point, she understates the extent of intentional and self-conscious contextualization on the part of religious communities. It should come as less of a surprise to readers and less of a challenge to religious traditions and denominations that the practices of individual congregations are not immune to their contexts but are sometimes profoundly influenced by them.

There can be no disputing the importance of a sense of stability in the religious traditions she studies, but at the same time we should not overlook what amounts to sometimes purposeful, aware, acknowledged, and even publicized novelty and innovation in religious communities. That these innovations are sometimes cast as projects of retrieval makes them no less innovative or sensitive to context. Nor is it true that every religious actor that innovates or contextualizes presumes universality by assuming that their religious practices are the only worthy expressions of faith. While such hubris may not be as rare as we would like, many religious communities have some ability to distinguish form and substance and some sensibility about what constitutes adiaphorous practices.

This shortcoming does not diminish the achievement of Day’s book in describing how neighborhood-level social structures and physical environments shape religious practices. Nor does it diminish her contribution to understanding the ways in which religious institutions exercise agency in shaping social structures and physical environments. “Communities of faith,” Day writes,

are crucial participants in the dynamic urban ecology. They are certainly impacted by demographic, economic, cultural, and social trends, both national and local. But they are not at the mercy of trends. Certainly congregations have been active in helping their members to adapt to changing conditions, such as economic downturns and shifting demographics…. However, they are more than first-responders in complex urban ecologies; they also have agency, acting on their contexts and helping to shape them. (208-209)

Day’s accounts of congregational efforts to improve life on Germantown Avenue, of sometimes effective and sometimes frustrated agency, and of the neighborhood-level impacts of internal congregational dynamics – growth, change, decline, and even closure – should be read with interest. Faith on the Avenue is a remarkable text that could, and probably should, be assigned for courses in a number of different fields, including ministry, religious studies, sociology, theology, and urban studies.