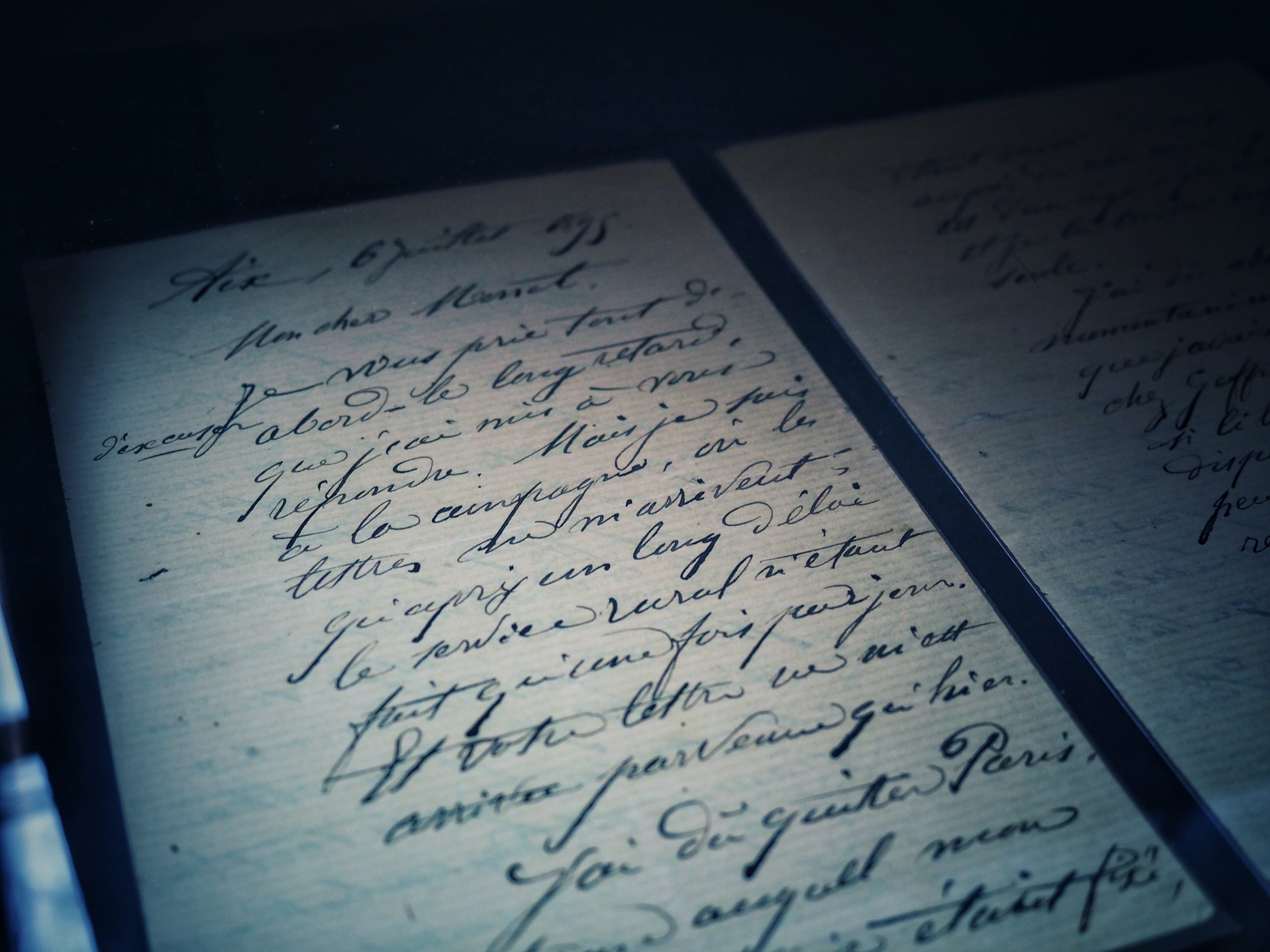 Jacques Ellul (1912-1994) was one of the most prolific, provocative, and controversial public intellectuals of the 20th century. As a professor at the University of Bordeaux, he authored dozens of books and almost one thousand articles. His best-known work, The Technological Society, was the crowning achievement of his studies in social theory. It was also his most lastingly influential book. Through it, Ellul became Godfrey Reggio’s muse as Reggio composed his magisterial trilogy of Qatsi films—Koyaanisqatsi: Life out of Balance, Powaqqatsi: Life in Transformation, and Naqoyqatsi: Life as War—focused on the depredations of technology. All of the films, but Naqoyqatsi in particular, featured explosions of all sorts, as if life were not only out of balance but counting down to a detonation. At the same time, The Technological Society inspired a number of other explosions: Ted Kaczynski, otherwise known as the Unabomber, described Ellul’s opus as his “bible.”

It should come as no surprise, given the range of reactions to Ellul’s work, that while some of his contemporaries praised him as a prophet, others lambasted him as a lunatic. While social change has allowed us to see where or in what ways Ellul’s prognostications, especially about technology, have been correct, interpreting and evaluating Ellul’s larger contribution to social theory and theology remains difficult.

Many misunderstandings and misappropriations of Ellul stem from a failure to comprehend the breadth of his work. While chiefly known as an intellectual, Ellul was not the ivory tower sort; he was engaged in a wide range of work outside of the academy, spending portions of his adult life as an activist, farmer, pastor, and deputy mayor of Bordeaux. For his efforts to protect France’s Jewish population during Nazi occupation, he was posthumously awarded the status, “Righteous Among the Nations” by Yad Vashem, Israel’s Holocaust Martyrs and Heroes Remembrance Authority. Clearly, he was not exclusively preoccupied with the life of the mind. Likewise, in his academic work, Ellul was not exclusively a social theorist. Aside from Karl Marx, his greatest influence was Karl Barth; alongside social theory, Ellul wrote a number of biblical, ethical, and theological studies that must be read in order to understand his thought. The Ethics of Freedom, Hope in a Time of Abandonment, The Meaning of the City, The Politics of God & the Politics of Man, The Presence of the Kingdom, and Reason for Being, among others, shed light on the intentions and limits of Ellul’s other work.

Along with these, two distinctive collections can help us understand better both Ellul’s theological work and how the parts of his corpus fit together. On Freedom, Love, and Power consists of commentaries on Genesis 1-3, Job 32-42, the parables of the Kingdom of Heaven in the Gospel of Matthew, and the opening verses of the Gospel of John. On Being Rich and Poor: Christianity in a Time of Economic Globalization consists of Ellul’s commentary on the book of Amos and the book of James. The contents of both books originated as Bible studies in Ellul’s home and in a local church. The studies were recorded live by Frank Brugerolle and Willem Vanderburg, a principal interpreter of Ellul. Eventually, Vanderburg compiled, edited, and translated the studies for these two volumes.

Of course, home Bible studies—lacking the scope, systematicity, and scholarly apparatus of other works—cannot stand alone as an introduction to Ellul’s thought. The books do not offer much in the way of elaborate argumentation. Indeed, as would be expected, some of Ellul’s most daring and idiosyncratic arguments seem to have been made in passing, with little explanation or context offered. There is in some cases more assertion than argument. Take, for example, Ellul’s peculiar suggestion about the imago dei after the fall: “there is simply nothing left of it.”

Unlike many Bible studies, Ellul’s often invoked other scholars, citing or quoting from such theological and philosophical luminaries as Karl Barth, Emanuel Levinas, Karl Marx, Friedrich Nietzsche, Paul Ricoeur, and Aleksandr Solzhenitsyn. Ellul must have been leading a very erudite small group, as he often cited these other scholars in a way that presumed his listeners’ familiarity. In preparing these volumes, Vanderburg has added explanatory and bibliographic notes. Though these are a bit uneven across the two books, and much stronger in On Being Rich and Poor, they provide opportunities for further reading that might shed more light on Ellul’s context and claims.

For Ellul, the truth of the gospel was a platform for interrogating the realities of social life.

Both books are an important aid to understanding Ellul for four reasons. First, they show us Ellul the pastor and church leader, preoccupied with the presence of the layperson in the world. Ellul’s other works, even his works of Christian theology, cannot convey what it was like for the layperson to study the Bible with Ellul. In the introduction to On Freedom, Love, and Power, Vanderburg paints the picture of a gathering around the dining room table at the Ellul home. Seated at the table were Protestants, Catholics, Jews, and agnostics, “in almost equal numbers.” The tabletop was apparently covered with pages of Scripture in the original languages, as well as the most literal French translation that Ellul and his friends could offer.

This brings us to the second contribution of the books: They show us Ellul the theological interpreter of Scripture. Ellul embraced the influence of theology upon his reading of the Bible. While many others in Ellul’s time were preoccupied with historical-critical readings, generally Ellul located the meaning of the text within the story of what God is doing in history and then by offering an unapologetically Christological interpretation.

Third, the books demonstrate the strength and consistency of some themes in Ellul’s corpus. His studies of Amos and James bear some resemblance to the arguments in his book, Money and Power. In his studies of Genesis 1-3, he explores the relationship between necessity and freedom, the origins of technique in the fall and the curse (which a less than careful reader of The Technological Society would be likely to locate mistakenly in the Industrial Revolution), and an analogy between the city and technique. All of these concepts, themes, and motifs play major roles in Ellul’s other work.

Fourth, and perhaps most important, the books display the preeminence of questions for Ellul. In his study of Job, Ellul emphasizes the priority of questions and problems over answers and solutions, decrying those who turn to the Bible as one might turn to the solutions at the back of a math textbook. While revelation provides responses to existential problems, it does so by first furnishing us with the right questions. For Ellul, these were questions about God’s relationship to creation and about the freedom and personality of the human being. These questions, foregrounded in his theological work, are important background to his work in social theory. In his approach to interdisciplinary scholarship, Ellul would have agreed with Barth, who said, “The gospel is not a truth among other truths. Rather, it sets a question mark against all other truths.” For Ellul, the truth of the gospel was a platform for interrogating the realities of social life.

Ellul, on the other hand, was a relentlessly logical contributor to discussions in social theory, but his starting point was revelation.

Ellul’s characteristic approach to the Bible—letting Scripture dictate the questions and not just the answers—explains some of the misunderstandings surrounding his work. A memorable scene in Umberto Eco’s novel, Foucault’s Pendulum, finds the protagonists categorizing people as fools, cretins, morons, or lunatics. For a lunatic, according to Eco’s protagonists, “everything proves everything else”; lunatics take liberties with common sense, work by short circuits, and don’t concern themselves with logic. Ellul, on the other hand, was a relentlessly logical contributor to discussions in social theory, but his starting point was revelation. His concerns about technique, political economy, and the city were all grounded in his questions about the freedom and personality of the human being, whose ruptured relationship with God and others will one day be fully restored by divine initiative. So even his close examinations of social problems were not always plainly written on the terms of contemporary social theory.

By the standards of Eco’s protagonists, Ellul was closer to a fool than to a lunatic:

“Being a fool is … complicated. It’s a form of social behavior. A fool is one who always talks outside his glass.”

“Like this.” He pointed at the counter near his glass. “He wants to talk about what’s in the glass, but somehow or other he misses … . Fools don’t claim that cats bark, but they talk about cats when everyone else is talking about dogs. They offend all the rules of conversation.”

By starting with Scripture, even as a source of questions, Ellul offended all the rules of conversation. He didn’t “claim that cats bark,” but he talked about “cats when everyone else [was] talking about dogs.”

But starting with Scripture when other social theorists are starting with political and economic realities doesn’t entail an ignorance of social realities or scholarly interpretations. Ellul was as keenly aware of these as anyone, and more so than most. Rather, Ellul embraced the role of the Old Testament prophet as he described it in his introduction to the Book of Amos. According to Ellul, prophets are called to know and understand the social realities of their time, discern and pronounce the natural outcomes of the present state and trajectory of social life, “transform the political and moral interpretation of what was happening into a judgment and warning of a spiritual kind,” and announce God’s forgiveness and intervention for the penitent. The prophet must “keep together what belongs together: the political and moral interpretation of events, the catastrophes to come, discerning the judgment, and the call for repentance.” According to Ellul, this was also the task of the Christian today, and it may be Ellul’s best description of his own work.

With the foolishness of a prophet, Ellul often shows us that we’re not only arriving at the wrong answers—we’re beginning with the wrong questions. On Freedom, Love, and Power and On Being Rich and Poor help us to understand what Ellul regarded as the right questions, to comprehend better his answers to those questions in his other works, and to grasp the sometimes-explosive upshot of his career.