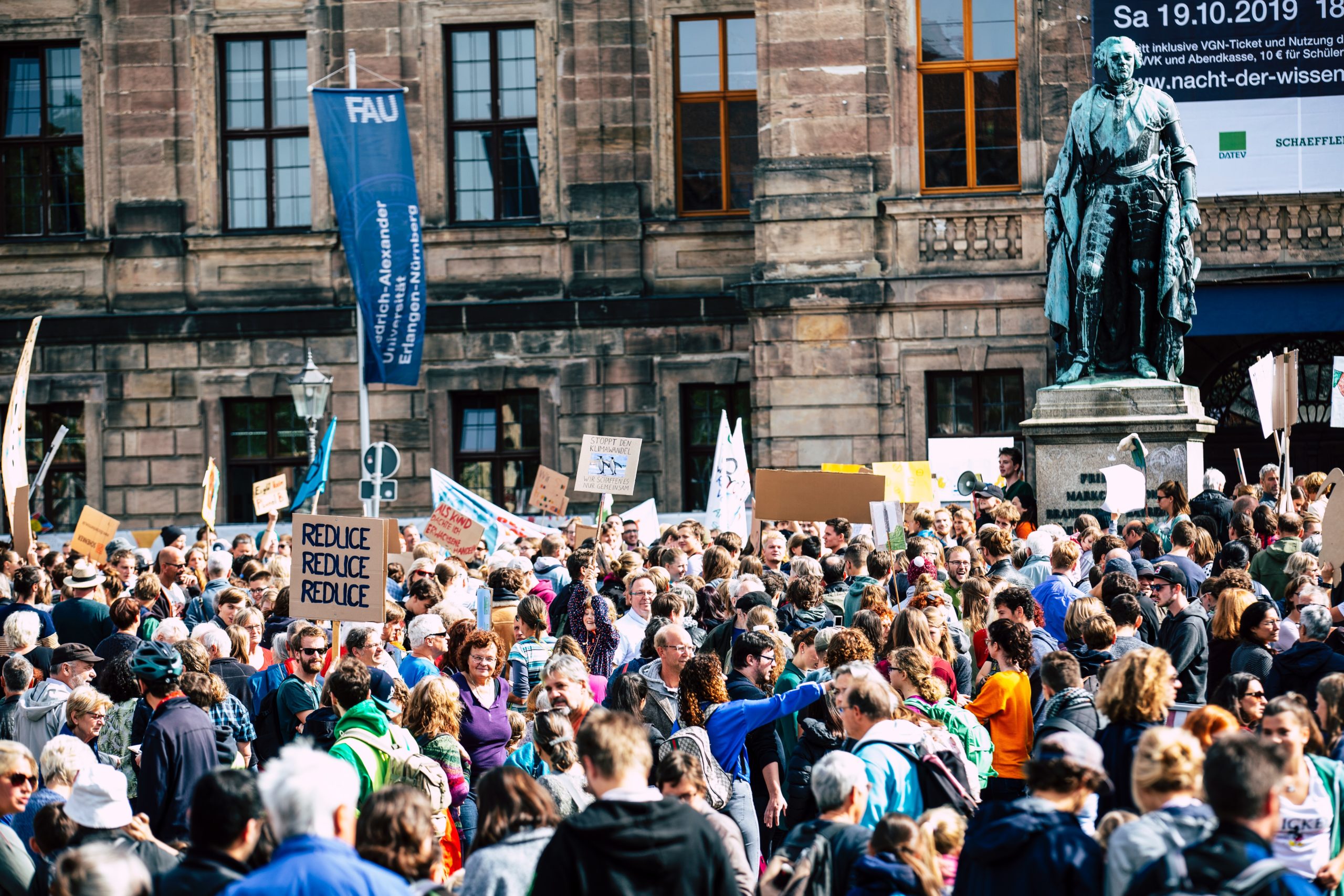 ARE EVANGELICALS WARMING TO GLOBAL ENVIRONMENTALISM?

In “Changing the Climate of Christian Internationalism: Global Warming and Human Suffering,” a Fall 2004 article I published in this journal, I argued that environmental problems—especially those that are anthropogenic, or derived from human activities—should be among the issues engaged by religious internationalists. Governance of global environmental issues was as important as security and religious freedom (two subjects to which evangelical internationalists, in particular, had devoted a great deal of attention). And environmental issues were not only matters of stewardship, but were also of social concern. Climate change, specifically, was, and would increase as, a significant cause of human suffering; its governance was therefore an environmental justice issue to which a socially activist international affairs community should attend.

Prior to that article’s publication, I had interpreted the lack of media coverage or other public information about evangelicals and climate change as evidence that they had no interest in or initiative toward the issue. While I received no negative responses from evangelicals about the article, I didn’t receive many supportive comments either. And I interpreted the relative silence from evangelical readers as an indication that indifference reigned among them on the matter of climate change. However, in the intervening years, it seems evangelicals have developed opinions and positions. In the winter of 2006, more than 80 evangelical leaders—theologians, pastors, educators, and others—signed “Climate Change: An Evangelical Call to Action,” a document of the Evangelical Climate Initiative (ECI). The “Call to Action” was more than two years in the making, with retreats and other events serving as precursors to the February 2006 press conference in Washington, D.C. This “Call to Action” focused on the scientifically demonstrable reality of climate change, its consequences for the poor and other vulnerable populations, the bearing of Christian moral convictions on this issue, and the urgency of action in public and private sectors. Apparently, I had been premature to conclude that there were few, if any, evangelicals willing to accord a high priority to the climate change problem.

However, given the controversy that swirls around this issue, it is not surprising that shortly after the release of the ECI document a number of contrarian responses began to emerge. One of the most troublesome was “A Call to Truth, Prudence, and Protection of the Poor: An Evangelical Response to Global Warming,” composed by the Interfaith Stewardship Alliance (ISA) and signed by more than 50 natural and social scientists. It was presented to the ECI signatories with an open letter, asking them to remove their signatures from the “Call to Action” and to sign the “Call to Truth.” There are of course honest differences of opinion in play here. But when the wheat and chaff in this debate among evangelicals are separated, there are four issues that warrant close scrutiny—and in each of these areas, the arguments for action are more compelling than those for inaction.

The “Call to Truth” critique of the campaign to fight global warming
makes problematic claims about the basic science of climate change and, more specifically, about the confidence margin we should demand before taking action. While the “Call to Action” takes for granted the persuasive weight of scientific evidence on climate change and its likely effects, the “Call to Truth” counters by disputing the existence of “consensus” on the scientific merits. But this is an unrealistic and risky approach to decision-making because it sets the threshold for action on climate change as “scientific certainty.” Meanwhile it avoids any detailed specification of the nature, extent, and merits of the evidence that climate change skeptics have to offer. Parties that frame a call for inaction in the language of scientific uncertainty, without a specific discussion of the points of that uncertainty do the public a disservice. Marginal uncertainty regarding a complex adaptive system, such as climate, is no basis for confident inaction. We should recognize that decision and action are informed by science, but are not scientific per se. Decision and action are ethical and political in nature. We must ask and answer fundamental questions about the values that guide us in life. Are we disposed toward efficiency or justice? And what do we know of the global social dimensions of those choices, both now and in the future?

Some evangelical skeptics of efforts to reduce greenhouse gasses argue that they cannot support policies that they believe elevate the non-human created order “above” the human created order. But this argument falls down in several ways. For starters, it does not adequately account for the complexity and ambiguity of the boundary between nature and human society, nor does it seem to take seriously enough the Bible’s teachings (the call to stewardship and its relationship to dominion and the cultural mandate) regarding human responsibility for the non-human created order. Moreover, the most publicized skeptical positions—such as the ISA’s “Call to Truth”—ironically do not even deny the ECI’s primary premise that climate change is a global social issue. To their credit, both the ECI document and the ISA document admit to this aspect of climate change; they just vary in their presentation of the causes, consequences, and policy implications. The ISA “Call” claims that the kind of policies that ECI authors would recommend (though this is speculative, as the “Call to Action” indicates no specific recommendations) would actually hurt the poor more than any ill effects of climate change. This is a serious argument that should be reckoned with—but we must also recognize that in making it the skeptics are implicitly conceding the point that global warming and climate governance aren’t just about God’s non-human creation; rather they are practical issues of real relevance to the welfare of God’s children, particularly the poor and vulnerable.

Indeed, most parties to this debate now frame their arguments in terms of (a) the welfare of poor and vulnerable people on the margins of the international economy, and (b) the inequitable distribution of externalities, whether of a fossil fuel-based energy regime or of its regulation. Some believe that regulating greenhouse gas emissions—whether through the establishment of market-based mechanisms or other means—will serve both the planet and the poor. Others believe that regulating greenhouse gas emissions is an inefficient interference with economic activity that would otherwise result in the gently rising tide of economic growth, floating yachts and lifeboats alike. Furthermore, they argue that economic growth will provide the financial means for adaptation to any ill effects of climate change, should such change prove to be as burdensome as many predict. The real issue here is risk management, or the ways in which we act—in this case, collectively— under conditions of uncertainty. It is quite true that the full extent of global warming’s ill effect is not yet known. But even under such circumstances, we must decide what option values to preserve: those associated with the capital investment necessary to reduce greenhouse gas emissions or those associated with the integrity of the global environment. It is not true that policies oriented toward emissions abatement or sequestration would require universal reductions in the consumption of energy. The low-lying fruit of greater efficiency in generation and distribution may be somewhat costly, but is unlikely to destroy the livelihoods of the most vulnerable. And to suggest that the development of distributed renewable and clean energy options fundamentally undermines economic growth is a plain overstatement. Such developments, coupled with conservation and efficiency, have the potential to stimulate economic growth, support local labor markets, and boost struggling sectors, such as agriculture, through the production of biofuels and the siting of renewable electricity generation. Furthermore, diversity and distribution of sources and generation can provide stability and robustness, reducing the vulnerability of producers and consumers to market volatility.

Some evangelicals have accused the ECI of entering into a marriage of convenience with an unsavory cast of characters, including foundations that support International causes—abortive means of birth control, among others—typically contrary to evangelicals’ views. Evangelicals who distress over such alliances seem to favor modes of political action that keep such organizations at arm’s length. However, evangelicals have a long history of such alliances, including anti-pornography and anti-abuse campaigns that have partnered with liberal women’s advocacy organizations. Among global issues, concerned evangelical internationalists have also partnered with such organizations in efforts to stem the tide of human trafficking related to the sex trade. Why should such partnerships be less acceptable in stemming the ocean tides associated with climate change?

It is tempting to debate foreign policy and global governance strictly in utilitarian terms. But internationalists who represent themselves as followers of Christ—and I count myself among them—should aspire to more than that. Our rightful preoccupation with ends should not blind us to the ethical dimensions of means in our communication. In attending to these dimensions, we should model a charity that provides room for sincere and clear disagreement as well as for the development of future agreement. As Jacques Ellul once said, it is important that there be Christians in all parties, and that such Christians “unceasingly remember” that “they are more united with their brothers in Jesus Christ who belong to the opposite party than with their comrades of the same party.” Such charity should characterize our debates on this and other issues of global importance.