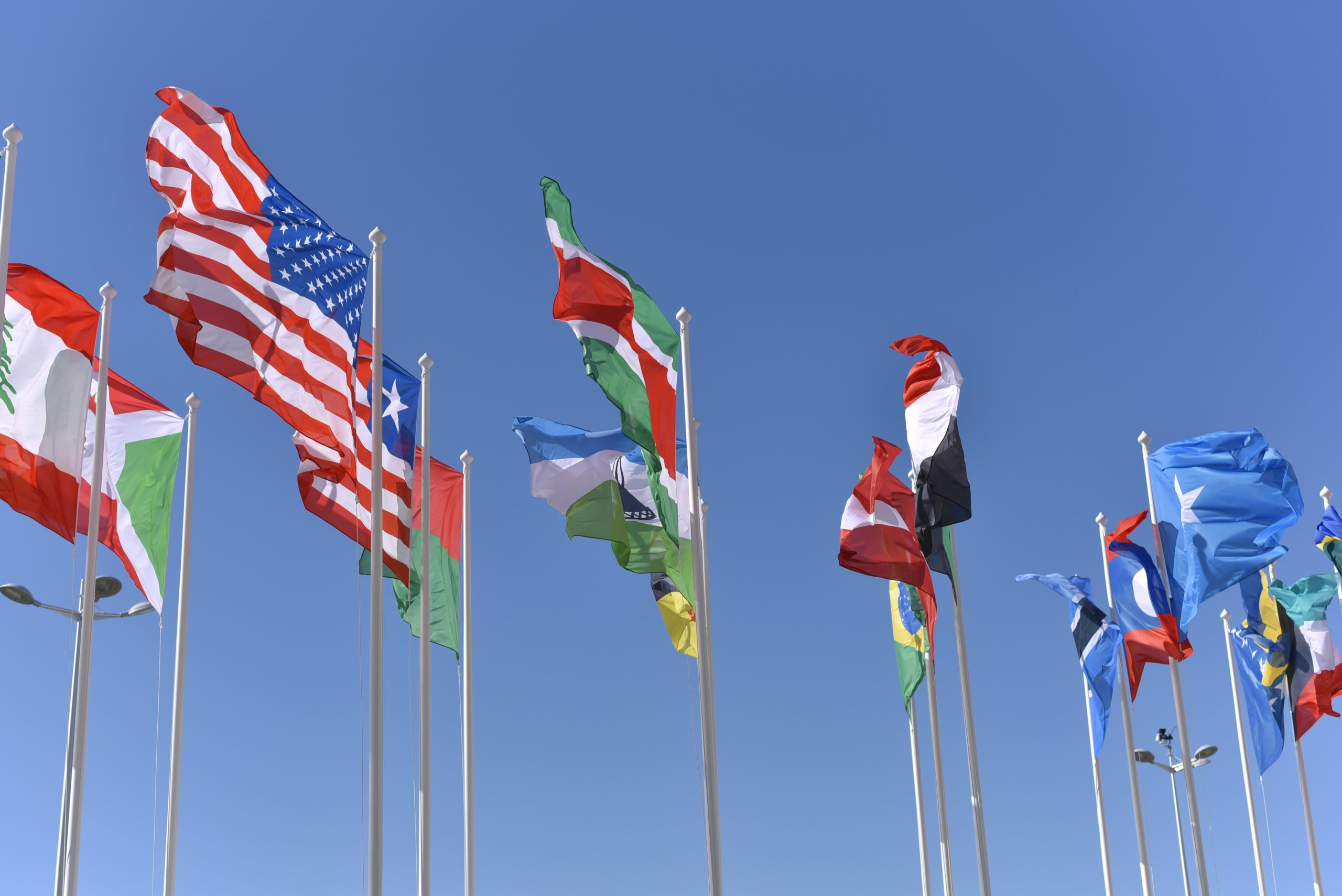 A Postcard from the Global Cities Summit

I knew the Global Cities Summit would be a different sort of conference when speakers from Makkah (Mecca), London, Toronto, Nairobi, Shanghai, and Barcelona were followed by none other than Michael Jackson. Yes, that Michael Jackson. Between the opening plenary and lunch, the sound system blasted the King of Pop’s “Wanna Be Startin’ Somethin’.” Not your typical conference soundtrack. Then again, the Global Cities Summit was not your typical conference.

In more than one way, the Summit—hosted by the Global City Indicators Facility (GCIF) and held in Toronto on May 15 and 16—was like a pilot version of the “Parliament of Mayors” proposed by Benjamin Barber in his recent book, If Mayors Ruled the World: Dysfunctional Nations, Rising Cities (which I review in the Summer issue of Comment). Barber suggests that his global parliament of city leaders would be an “audiament,” a listening chamber where information is easily shared from one city to another, thus enabling cities to address global and local challenges more effectively.

Information certainly took centre stage at the summit. While its explicit theme was “Getting on Track: Sustainable and Inclusive Prosperity for Cities,” its implicit theme, “Knowledge,” was much more Baconian. Representatives of over 100 cities from across the world, along with policy makers, planners, entrepreneurs, and academics, gathered to empower cities by networking and sharing knowledge about the challenges of contemporary urbanism. Even the conference’s most critical voices evinced an avowed faith in knowledge. Scientia potentia est.

No doubt organizers and participants alike were right to emphasize the necessity of information for social and environmental governance. But at times the Summit seemed to grant the sufficiency of information, reflecting what may be a misplaced confidence in knowledge as the organizing force of community life and social change.

One of the highlights of the Summit was the unveiling of a new knowledge infrastructure for urban development. After years of collaboration, the GCIF and the International Organization for Standardization revealed a robust set of criteria for measuring the “Sustainable Development of Communities,” a new global standard for gathering and disseminating data on quality of life and city services. No, these are not criteria for sustainable development, but criteria for measuring sustainable development. You might say that the criteria organize standards for standards, indicators for indicators, knowledge about knowledge.

A shared foundation for policymaking and planning can make cities more efficient in addressing everything from disaster readiness to economic development.

In some ways, few developments could be more important for the twenty-first Century, which some have called “The Century of the City.” Common criteria for collecting information about cities will be important to making global city networks effective in addressing social and environmental concerns. A shared foundation for policymaking and planning can make cities more efficient in addressing everything from disaster readiness to economic development. By collecting and sharing data, cities are developing a foundation of information for more rational urban development efforts. Together, and empowered by a shared base of information, cities might be able to address global challenges in ways that make their efforts more than the sum of their parts.

At the same time, the emphasis on standardized knowledge raises a number of concerns among city leaders. Keen competition between cities ensures a basic level of apprehension about sharing and comparing information about quality of life and city services. Some worry that standard metrics will inevitably be used to create just one more system for ranking cities. With each new year bringing fresh approaches to just that—and in ways that sometimes seem to devolve into questions of who has the busier airport, the most internet traffic, or the priciest commercial real estate—they have reason for concern. This unease is not unrelated to concerns about the homogenization of urban space, as some urbanists have a sneaking suspicion that collecting the same data to inform similar governance initiatives may have very similar results in very different urban contexts. Anxieties about the incidental homogenization of cities—whether the Disneyfication or McDonaldization of urban space, or the homogeneous development of key urban nodes in the global economy—are strong enough. Add to these the possibility of intentional homogenization and the threat seems even more formidable. Predictably, more than one speaker felt the need to assuage the sensibilities of city representatives on this matter.

But the concern about homogeneous urban development may be somewhat misguided. The sheer variety of communities represented at the summit, coupled with presentations on a range of alternative indicator schemes, was the strongest suggestion that pluralism persists as a reality of urban development. In fact, it seemed that heterogeneity, as much as homogeneity was the basis of learning at the conference.

A more incisive critique concerned the sources and exhaustiveness of knowledge about cities. Various conference events were sponsored by big corporate players in information technology for urban development, including: “Smart + Sustainable Cities: Innovations, Opportunities, and Parterships, Sponsored by Philips,” and “The Siemens ‘Streets of Toronto’ Reception.” But one of the speakers, Saskia Sassen, pushed back gently on smart city technologies and sophisticated surveillance systems. In her keynote at the “Microsoft Gala Dinner,” Sassen pointed out that conventional knowledge infrastructure has its limits. We should not, she suggested, overlook unconventional sources of knowledge, such as vulnerable populations. Marginalized communities know much about the city that we might not otherwise see, and any developing knowledge infrastructure should capture that information, too. As Sassen pointed out, the homeless know a lot about rats.

Perhaps rats aren’t the best example, but as trenchant as Sassen’s critique can seem, it remains fairly limited. In fact, it reinforces faith in knowledge by suggesting that we simply need more and different kinds of it, that no source of knowledge should be neglected as we develop our indicators. This is fine as far as it goes. It may even be even essential to urban flourishing. But it doesn’t go far enough. The challenge isn’t only where we get our knowledge, but what we expect knowledge to do for us.

What must be recognized is that knowledge is a necessary but insufficient condition for sustainable and inclusive prosperity. History is full of lessons about the necessity but insufficiency of knowledge for governance of social and environmental issues. One strand woven through the legacy of urban environmental and public health activism is that knowledge about threats—even very serious threats—is not enough to prompt change. Like Augustine, who before his conversion had assumed that knowledge would be sufficient for change and had “grown used to pretending that the only reason [he] had not yet turned his back on the world to serve [God] was that [his] perception of the truth was uncertain,” we may have grown used to pretending that governance is primarily about information, standardized knowledge, and smarter cities—that these are the only things standing between us and a just future. But sustainable and inclusive prosperity for cities is more agonistic than that, frequently representing a struggle over what the “good” or “just” city actually is.

City development is therefore a more phronetic enterprise than an epistemic or technical one. It has as much to do cultivating wisdom—with becoming what political theorist Bent Flyvbjerg describes as “virtuoso social actors”—as it does with harvesting and sharing information, as much to do with understanding and entering into social rhythms as it does with writing algorithms.

That doesn’t mean that knowledge or empirical research is unnecessary. It means that our faith in it may be misplaced and that our emphases must be rebalanced. Gathering knowledge must be coupled systematically with the other sorts of inquiry that should neither be excluded nor backgrounded. Here we might learn more from Flyvbjerg , who outlines four questions—some more empirical and some more normative—to guide phronetic inquiry:

Yes, answers to some of these questions were implicit at the Global Cities Summit. The norms of inclusiveness and sustainability are stated, if not fully articulated, in the summit theme. But the challenge is to make the normative project more explicit. Our burden is not so much to capture what the homeless know about rats as to involve them in casting a vision for what they want the city to be like. When Pope Francis, for example, exhorts Christians to “be docile and attentive to the cry of the poor and to come to their aid,” he is not teaching us to incorporate their information about rodents into our knowledge infrastructure, but to learn and to respond to their vision of a flourishing urban community. The risk of this venture is learning that we don’t merely fall short of knowing what the marginalized and vulnerable know, but that we may also fall short of wanting what they want.

That may be a risk we have to take. A global cities summit that can foreground those conversations and couple them with the development of a sophisticated knowledge infrastructure has a chance to make a major difference for well over half the world’s population—those living in, and in the shadow of, cities. If we can do that, then we’ll really be startin’ somethin.’